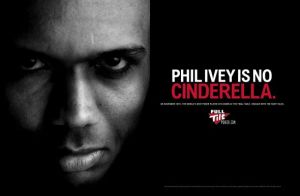 On Friday, two (as yet unnamed) owners, out of 11, from PokerStars, Full Tilt and Absolute Poker were arrested and  all 11 charged with violating U.S. anti-Internet gambling laws, according to charges filed by federal prosecutors in Manhattan. One of the others is due to turn himself in later today.

The domain names were also seized.

Individuals named included Raymond Bitar, 39, of Full Tilt Poker, Isai Scheinberg, 64, of PokerStars and Brent Beckley, 31, and Scott Tom, 31 Absolute Poker. They were all were charged with violating the Unlawful Internet Gambling Enforcement Act and other laws.

The charges outlined a scheme by the company owners and some of their employees to direct the gambling profits to online shell companies that would appear legitimate to banks processing payments.

The story was breaking on Friday when I’m writing about this. But it’s telling that 2+2 has gone down, it wouldn’t surpise me if it’s gone from weight of news traffic.

What’s going to happen on the short term?

There’ll be a savage run on withdrawals, particularly from US players, and already overloaded processors are going to go wallop. It’ll have an knock on effect across any US facing sites too.

UPDATE: Here’s the 2+2 thread if you want to see what the Poker community is saying.

My tags will blow your mind.

EGR OP ED: Will ‘Stutter’ be Peter Jackson’s next blockbuster?

Betting and Gaming industry reaction (and opinion) to the Trump win.

Can I make myself trend on Twitter? I can with Eurovision. Douze Points.